We assist local small scale farmers with training in farming techniques, animal husbandry, animal welfare, boma design and human/wildlife conflict avoidance. Core to these practices is learning to utilise a much smaller area to produce a higher yield, enabling the farmers and their families to feed themselves in addition to generating an income with the excess. A big advantage of a smaller area under cultivation is that it is easier to defend from depredation by large wild herbivores, whilst leaving more land under natural vegetation, further reducing the risk of human/wildlife conflict.

The Hwange West area, with its poor soils and arid environment, is not ideal for agriculture. In order to assist farmers produce better quality cattle to survive and flourish in this extreme environment, the Jafuta Foundation have purchased 9 purebred Nguni cattle to interbreed with the existing local livestock so as to strengthen the herd by improving the genetic mix, health and productivity of the cattle.

Nguni cattle are a breed historically favoured by the Bantu-speaking people of Southern Africa.  Known for their fertility and resistance to disease and drought,  they are preferred over exotic species by traditional leaders, whom we consulted with before starting the program.  Our first 2 bulls, Mzilikazi and Mawaba, were brought in to service the herds from 6 nearby villages and soon became the most well known (and popular!) bulls in the rural areas. We now have a total of 3 bulls and 6 cows, and aim to keep a line of pure bred Nguni cattle to ensure the longevity of the program. Our bulls are available to breed with farmers' cattle at no charge. 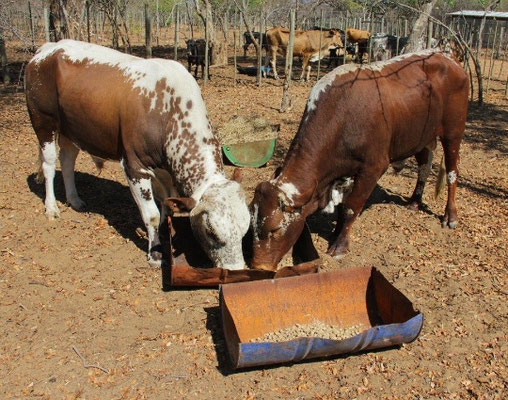 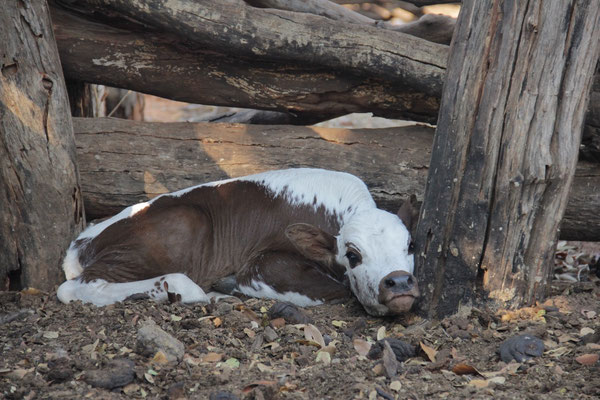 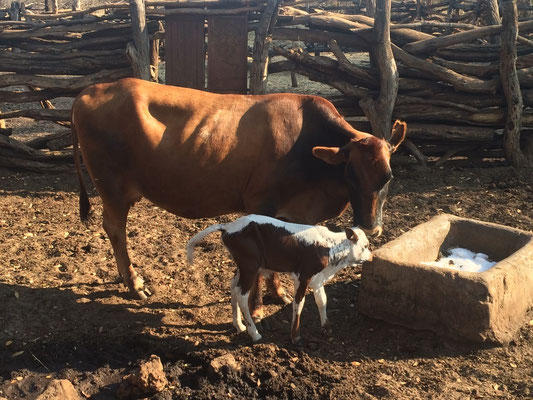 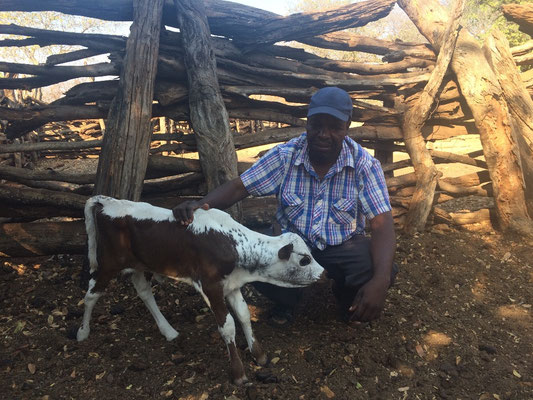 65 calves and counting have been sired by our bulls to date and have shown favourable food conversion ratios, with many patterned in the sought-after colouration for which Nguni cattle are known.